India has long been known as “the cradle of spirituality”, the country of the prominent non-violent movement, the “country of religion”, to use the definition of the Italian writer Alberto Moravia. The country where different religions could, peacefully, coexist. These were, in part, easy stereotypes but, due to my long experience of living in India (approximately 16 years), I can say they were partially true.

I have mostly lived in Varanasi, the holy city of the Hindus, the “city of the good death” where, as I wrote in my book Yoga based on authentic Indian Traditions, “the Hindus hope to die for the last time” (indeed dying in Varanasi, according to ancient beliefs, would free from the cycle of births, deaths and rebirths).

I remember that, during my long stays in the city, one of the things that often impressed me positively was seeing how, around its main Muslim quarter (Madanpura), Hindus and Muslims sat peacefully on the same benches, sipping their chai. The bells of the Hindu temples and the adhan from the mosques rang in the air and it was easy to feel it had always been that way. But unfortunately, in the last years, things are changing.

Already in 1992 the Babri Masjid mosque, in Ayodhya (another Hindus’ holy city), was attacked and demolished by Hindu nationalists. They claimed it was built on the birthplace of Rama (the virtuous king, protagonist of the epic Ramayana and considered an avatar — an incarnation — of the god Vishnu). The demolition of Babri Masjid triggered a tremendous domino effect and, in a short time, around 2000 people lost their lives in dire circumstances.

Then the clichés and stereotypes mentioned above, only partially comforted by reality, began to creak. In 2014, Narendra Modi, head of the BJP, the Hindu nationalist party, won the national elections. The Congress Party, after having governed India, almost continuously, since 1947 (the year of its independence from the Great Britain) was torn apart by corruption and scandals and a replacement was physiological.

In 2014, people celebrated Modi’s victory by singing and dancing in the hot and congested streets. In the following years, significant improvements were made in various areas but the cohabitation between Hindus and Muslims have been steadily getting worse. It is hard to blame the Muslims for that because, even with some physiological exceptions, they have tried to keep a relatively low profile since the Modi Era began. Rather, it is the BJP’s strong emphasis on Hindu identity that has triggered a spiral of violence mostly suffered by the Muslims: a minority with a very weak institutional representation. Recently, the swagger of a couple of prominent BJP members — Nupur Sharma and Kumar Jindal (who heavily insulted the Prophet Muhammad) — has sparked indignation and various forms of boycott by many Muslim countries, uniting in the protest Iran and Saudi Arabia.

The BJP government had to take a step back; the members of the party have been ordered to be extremely cautious talking, in public, about religion but the country is still shaken by serious tensions and the living conditions of Muslims are more critical every day.

The Mandir Wapsi Movement is made up of ultra-nationalist and identitarian fringes of the BJP and the Rashtriya Swayamsevak Sangh (RSS): a paramilitary organization of Hindu volunteers, founded in 1925, with about 5-6 millions members in 2014, it is today one of the major expressions of the current government within the civil society.

The Mandir Wapsi Movement believes that many mosques, in some Hindu holy cities (Varanasi, once known as Kashi and Mathura are the most fitting examples) were built, in the Mughal period, on the rubble of ancient Hindu temples, demolished deliberately for that purpose. Then, the mosques themselves should be “reconverted”, becoming — again — Hindu temples. An interesting example is the old Vishweshvara Temple, in Varanasi, whose demolition was ordered by Aurangazeb in 1669. The famous Gyanvapi mosque was built on its remains and it is today at the centre of serious revivalist controversies.

One of the protagonists of the Mandir Wapsi Movement is the lawyer Hari Shankar Jain who declared to India Today: «Our aim is to take back all the temples destroyed in the past. I had made a vow to do so in my childhood. When I was about twelve, my mother told me about the atrocities invaders committed. She inspired me to counter the tyranny of history».

Indian courts are now engulfed with petitions and counter-petitions while teams of archaeologists are working tirelessly. Even the iconic Taj Mahal, according to several Hindu ultranationalists, would have been a Shiva temple named Tejo Mahalaya. India Today (June 13, 2022) has dedicated a long, concerned dossier to the Mandir Wapsi Movement. It is too early to draw important conclusions, it is mandatory to keep a watchful eye on what is happening in India and to follow the course of the events.

I would  propose few reflections at the end of this short article: studying the fascinating history of the Indian subcontinent, it is clear there have been enlightened Mughal emperors (Akbar, for instance) and others who have shown an intolerant attitude, as the already mentioned Aurangazeb. It is said that time is a gentleman but, in this case, it would seem not! The consequences of certain acts (the demolition of some Hindu temples during the Mughal era) erupt nowadays from the recesses of history, creating some dangerous preconditions for inter-religious clashes in a country that, I can guarantee, is not as pacifist as some people may believe.

In my humble opinion, the important lesson to treasure is that religious intolerance, wherever it is practiced, produces poisoned fruits. A supremacist vision of religion can physiologically have tragic outcomes while today, in a globalized, multi-ethnic and multi-confessional world, the key word should be: cohabitation. Indeed, we should be able to face, daily, the great challenge of living — peacefully — within a plural society. The historic meeting of Pope Francis with the Grand Imam Ahmed Al-Tayeb in Abu Dhabi (February 4, 2019) and the following encyclical Fratelli Tutti (All Brothers) are a prestigious invitation to win this great challenge.

To learn to live together, in a civilized manner, is probably more difficult than trying to exert a supremacist pressure on the current religious minority. I really hope Hindus and Muslims, in Varanasi, will soon sip their chai sitting, again, on the same bench free from any kind of mutual resentment. I really hope they will even share the same peace of mind attending their respective places of worship.

According to what has been happening in recent years in India, it really seems a dream every day more difficult to come true. However, we can read on the India Today’s dossier, there are reasonable people, with important institutional responsibilities, who are working hard to smooth the worst tensions. Let’s pray their efforts will not be in vain! 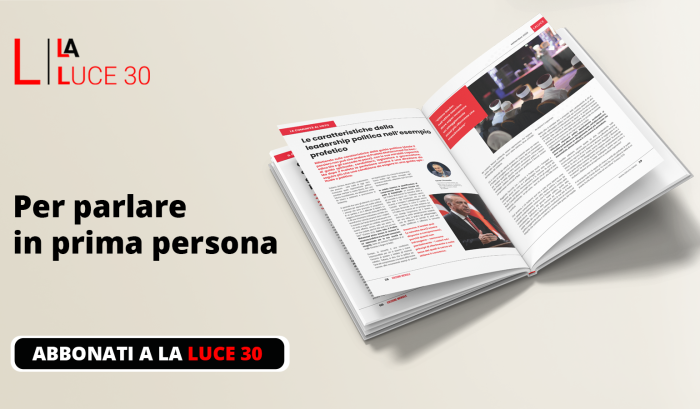 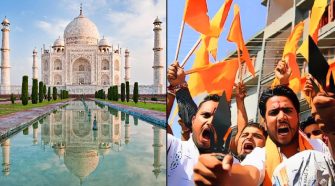 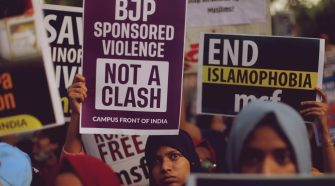 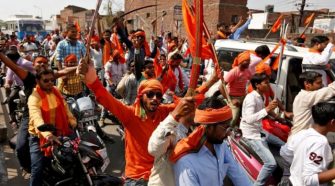 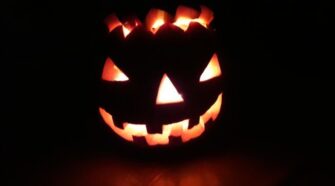